Montgomery police are investigating a shooting this afternoon that left two people dead and another injured. 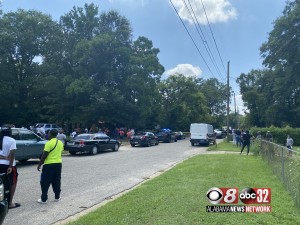 Police say the shooting happened at about 1:40 p.m. in the 100 block of Rotary Street.  That is between the Montgomery Zoo and Lower Wetumpka Road.

Police say two male victims were pronounced dead at the scene. Another male suffered a life-threatening gunshot wound and was taken to a hospital.

These are the 38th and 39th homicides in the city this year, according to police.