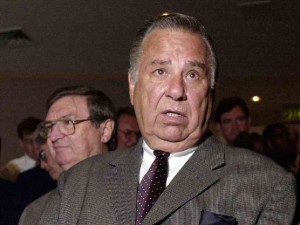 Former Alabama Congressman Sonny Callahan of Mobile has died at the age of 88.

Callahan represented Alabama’s First Congressional District from 1985-2003, which includes parts of our area. He was a Republican.

Callahan ran unsuccessfully as a candidate for the Democratic nomination for lieutenant governor in 1982. He was elected as a Republican to the U.S. House beginning in 1984. He retired from that office in 2003 after choosing not to seek re-election in 2002.

Gov. Kay Ivey said in a statement this morning, “It is with genuine sadness that I share the passing of longtime Congressman H.L. “Sonny” Callahan of Mobile.

“Congressman Callahan passed away peacefully in his sleep last night. Without question, Sonny’s service to Alabama and to America was unrivaled. He was one of South Alabama’s most beloved public servants, and his legacy of helping others stands out as just one of his many wonderful qualities.

“Our state and nation have lost a giant of a man. My thoughts and prayers are extended to Sonny’s family, friends and longtime staffers. As such, I am directing the flags at the Alabama Capitol Complex and the flags in AL-1 immediately be lowered until the day of his interment.”