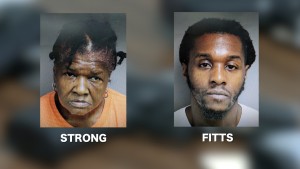 The undercover operation wrapped up Thursday afternoon — on the 2200 block of Hardy Avenue. Fifty-nine year old Mary Jean Strong — and 27 year old Steven Fitts — were arrested and taken into custody.

Strong is charged with trafficking in addition to several other drug charges. Charges for Fitts include the unlawful possession of a controlled substance and receiving stolen property.

Capt. Johnathan Cole says the drug sweeps are an effort to reduce crime in the Selma and Dallas County area. 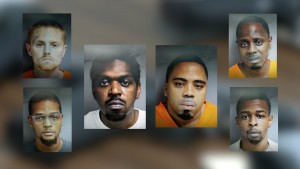 “And the best way to do that is to get the drugs and the guns and the drug dealers of the street,” he said.

Cole says and that’s exactly what this latest drug sweep has done.

“We’ve recovered about 17 guns, approximately 6 grams of marijuana, 5 grams of heroin and fentanyl and over 6 grams of cocaine.” 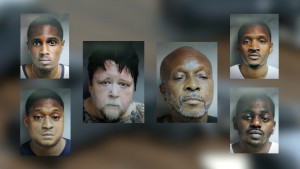 Officers arrested 14 people in all — on a variety of drug and gun related charges during the drug sweep.

“It ranges from drug trafficking to certain person forbidden to carry firearms.”

The Dallas County Sheriff’s Office has made 412 drug arrests over the past two years.

Strong is in the Dallas County Jail on $1.5 million dollars bond.

Nykoir McBride is also charged with trafficking. His bond is $1.5 million dollars as well.