On Thursday, June 17, Richard Herbert Smith, 44, of Wetumpka, was convicted by a federal jury for conspiracy to distribute cocaine, possession of cocaine with intent to distribute, possession of a firearm in connection with a drug trafficking crime, and using a cell phone to further a drug trafficking conspiracy, announced Acting U.S. Attorney Sandra J. Stewart. The jury found Smith and his wife, Mellissa Stacy Ann Smith, not guilty on a money laundering conspiracy count contained in the indictment. This was the only charged alleged against Mrs. Smith. Mellissa Smith is listed as the owner of the Island Delight Caribbean Restaurant in Montgomery. 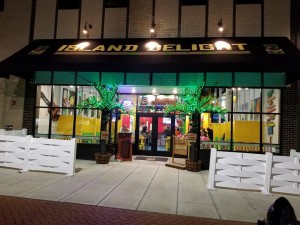 Courtesy of the Island Delight at Dexter Facebook page

According to court records and evidence presented at trial, in August of 2017, law enforcement was investigating suspected drug trafficking activity in Montgomery. They eventually identified an individual named Ronnie White, 51, from Montgomery, as a potential suspect. Using various investigative techniques, they discovered that White was buying cocaine from Richard Smith. On December 17, 2020, officers conducted a traffic stop on a vehicle driven by Richard Smith and found five ounces of cocaine and a firearm. During the trial, the jury heard testimony that White regularly purchased cocaine from Richard Smith and, on the date of the traffic stop, he was expecting to buy between five and nine ounces. Other testimony stated that Richard Smith often carries a firearm during these transactions and that he would occasionally conduct the illegal drug sales while wearing his Air Force Reserve uniform.

White previously pleaded guilty to distribution of a controlled substance and possession of a firearm by a convicted felon. White’s sentencing hearing is scheduled for July 7, and he faces a sentence of up to 20 years in prison.  Following his convictions, Richard Smith faces a maximum sentence of 25 years.