Plans for Fourth of July Celebration Announced in Selma

The city of Selma is hosting a big Fourth of July Celebration this year — down on the Riverfront. 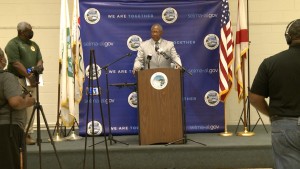 Festivities will include a fireworks show — the grand opening of the riverfront splash pad — a concert — and a parade.

The celebration is a sign that things are starting to return to normal in the community — from COVID-19.

The event is also part of the city’s bicentennial anniversary.

“I think it would help bring everybody together. And it would give the kids something to do since every body’s been locked up due to the COVID,” said Nealy Reese.

City officials say — police will be out in full force — over the entire Fourth of July weekend.

They also want to remind residents that the use of fireworks is illegal in the city limits.