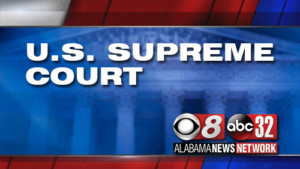 MONTGOMERY, Ala. (AP) — Alabama Gov. Kay Ivey and 19 other Republican governors on Tuesday sent a letter opposing any expansion of the number of justices on the U.S. Supreme Court, a longshot idea pushed by some congressional Democrats.

The Republican Governors Association said the letter was sent to the Biden administration.

“Historically, cases before the Supreme Court have served as the last legal defense of state sovereignty, protecting states and our citizens from federal overreach. As Governors, we have a vested interest in ensuring that our nation’s highest court remains independent and free from political pressure or partisan power grabs,” the letter signed by the 20 governors stated.

Biden, facing pressure from activists, this spring created a bipartisan commission that will study the politically incendiary ideas of expanding the court and instituting term limits for justices, among other issues. Conservatives now hold a 6-3 majority on the court.

Ivey said in a statement that she urged Biden to “put down any partisan pressures and withdraw consideration from any proposal to pack the court.”

Republican-led states expressing opposition to court expansion have sued the Biden administration, and the Obama administration before it, on a variety of issues, including healthcare and environmental matters.

While the GOP governors criticized the effort they said would undercut the conservative majority, Alabama’s method of selecting appellate court judges has resulted in all-white and all-Republican courts.

Alabama’s appellate judges run in statewide partisan elections, just like the governor, attorney general, and other top officials. Alabama, like other southern states, was for a century essentially a one-party state controlled by Democrats but shifted to Republican control as white voters switched to the GOP. The court is now all-Republican.

Only two African-American judges have ever been elected to the Alabama Supreme Court.

The NAACP and a group of Black voters sued Alabama over the method of electing judges, but a federal judge last year ruled that it was not racially discriminatory.