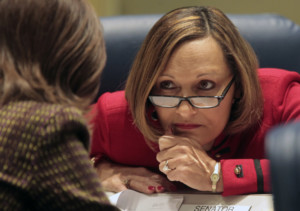 Mobile Police are investigating after about two dozen gunshots were fired into the house of State Sen. Vivian Davis Figures (D-Mobile), who wasn’t home at the time.

Mobile police spokesman Lt. Christopher Levy says no one was home and no injuries reported. Levy says the incident “does not appear to be a random act.”

Neighbors in Mobile’s Toulminville area say they heard the shots but didn’t see anyone. The shooting wasn’t reported to police until Thursday afternoon.

Figures didn’t immediately respond to requests for comment. The 64-year-old has served in the state Senate since 1997.

What the Tech? App of the Day: Slide Show Maker

What the Tech? Should You Buy These Laptop Gadgets?

What the Tech? Choosing the Right TV Antenna