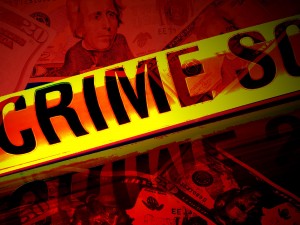 On Thursday, July 1, a judge sentenced Bennie Ray Carpenter, Jr., 42, of Town Creek, to over 154 months (over 12 years). A day later, a judge sentenced Hunter Lee McPherson, 21, of Greenville, to 130 months (over 10 years). Both men must serve three years of supervised release following their prison term. They also must pay $9,918.00 in restitution to the banks.

According to court records, on February 28, 2020, Carpenter entered the BancorpSouth Bank in Hayneville. He was wearing black clothing, including a ski mask and ski goggles, and carrying an AK-47 semiautomatic rifle. He approached the counter and demanded money from the teller. The teller complied and gave him money from the drawer. Carpenter then left the bank and got into a car waiting for him. The driver of the car was McPherson.

Law Enforcement reviewed video surveillance provided by each of the banks and determined the suspects were the same in each of the two bank robberies. They also discovered that stolen vehicles were used in both robberies and burned afterwards.

Carpenter and McPherson were indicted by a federal grand jury on October 27, 2020 for robbing the two banks and for using a firearm in connection with the bank robberies. They pleaded guilty to the three charges in March of this year.

This is a federal crime so there is no parole in the federal system.