A Montgomery man has been sentenced to 37 months (over 3 years) in federal prison. Ronnie White, 51, of Montgomery was convicted for distribution of cocaine and being a felon in possession of a firearm. He will also serve three years of supervised probation upon his release.

The federal prison system has no parole. 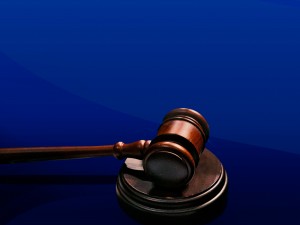 According to court records, law enforcement began suspecting White’s involvement in the distribution of illegal drugs. Agents confirmed their suspicion on August 22, 2017 when they discovered White was buying cocaine from from co-defendant and Island Delight Caribbean Restaurant co-owner, Richard Smith, with the intent to re-sell to others.

On March 9, 2020, Montgomery police pulled over white and found a .40 caliber handgun. Due to White being a conficted felon, he is prohibited from possessing a firearm or ammunition.

He pleaded guilty to illegal distribution of cocaine and possession of a firearm by a convicted felon on October 22, 2020.

White’s co-defendant, Smith, was convicted by federal last month. He is scheduled for sentencing on September 29, 2021.