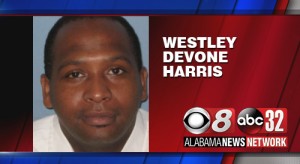 The Alabama Court of Criminal Appeals has rejected the appeal of a man convicted of murder and sentenced to die for the shooting deaths of six people on a farm in Crenshaw County in 2002.

He was convicted of using guns to slaughter his girlfriend’s family members one-by-one before abducting her in 2002.

The appeals court rejected claims including allegations of juror misconduct made by Harris. He was convicted of the killings in 2005. He is being held at Holman Prison near Atmore.