Alabama Safari Park recently welcomed some of Madagascar’s most famous residents to a new exhibit at the park: the black-and-white ruffed lemur and the ring-tailed lemur. 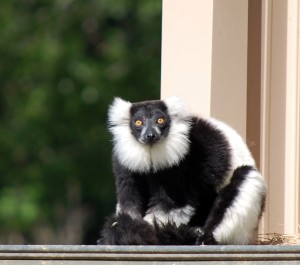 Ring-tailed lemurs are labeled as endangered, and black-and-white ruffed lemurs are critically endangered. Their status is primarily due to deforestation, wiping out their habitat and food sources.

These cat-sized primates have distinctive patterns and unusually loud calls. The black-and-white ruffed lemur is the second loudest primate in the world, behind the howler monkey. Ring-tailed lemurs stay on the ground more than their counterparts, who are more tree-dwelling.

The new lemur exhibit is now open in the walk-thru portion of the Safari Park, allowing guests to watch the lemurs leap around their island habitat or relax while sunbathing in a yoga-like posture. 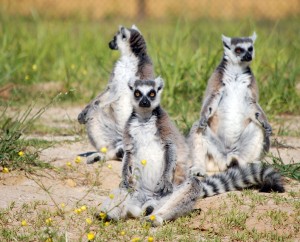 The Park’s addition of this endangered species represents a continued commitment to conservation and ongoing efforts to save wildlife while raising awareness of the threats facing lemurs in the wild. For more information about Alabama Safari Park’s lemurs and conservation efforts, click here.

Alabama Safari Park is a 350-acre drive-thru adventure with more than 700 animals from around the world. The Park supports wildlife conservation in 135+ countries globally through financial aid, public education, captive breeding, and habitat preservation. The Park is open at 9 a.m. daily, with the last admission one hour before closing. It is conveniently located south of Montgomery just off I-65, exit 158. Visit www.alabamasafaripark.com for updates, hours, events, and more.