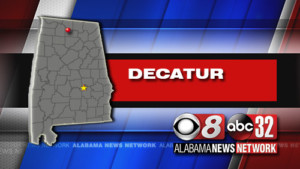 DECATUR, Ala. (AP) – Authorities say a man sought in a killing that happened in Alabama two months ago has been returned to the state to face charges following his arrest in South Carolina. Police in Decatur say 27-year-old Antone Lamar Yarbrough was jailed on a capital murder charge in Morgan County after being extradited.

He was arrested by federal marshals in Myrtle Beach on June 29. He was accused in the shooting death of 59-year-old Chester Lee Jordan on May 9. Jordan was found with multiple gunshot wounds and died at a hospital. Court records show Yarbrough and another man already in custody are suspected of killing him during a robbery.