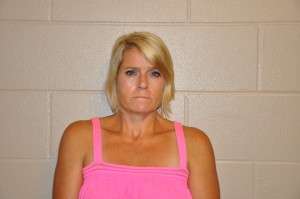 Police say on Monday, July 12, they responded to the 4500 block of Highway 14 on a report of a woman stealing catalytic converters from vehicles parked at a business.  The property owner says the woman abandoned the lawn mower that she was driving and fled to a pickup truck parked nearby that drove off on Highway 14.

Police say they discovered at least 24 vehicles had their catalytic converters removed. They say they developed Waugh as the suspect.

On Friday, July 16, Millbrook police were notified that Waugh was in the custody of law enforcement, having been arrested for an outstanding warrant in Autauga County.

Waugh was taken to the Elmore County Jail, where she remains under a $60,000 bond.