The Montgomery Police Department is conducting a homicide investigation following the fatal shooting of  3 year old Jeremiah Chappell of Montgomery.

On Saturday, July 17, 2021 at 5:00 p.m., MPD and Fire Medics responded to a local hospital in reference to a subject shot. Upon arrival, contact was
made with a juvenile victim who received life-threatening injuries and was later pronounced dead.

MPD charged Orlando Harriell, 35, of Montgomery with Capital Murder after he was identified as a suspect. 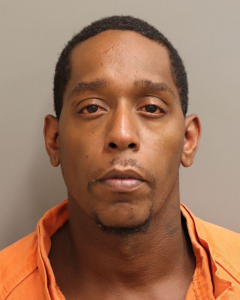 Harriell was taken into custody and placed in the Montgomery County Detention Facility.

The circumstances surrounding the shooting are unknown however, Harriell was identified as the suspect.

There is no further information in connection to this ongoing investigation. Note: A criminal charge is an accusation. The defendant is assumed innocent unless and until proven guilty in a court of law.