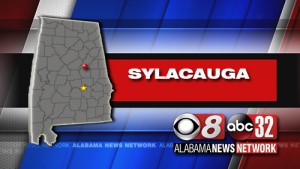 Central Alabama CrimeStoppers is offering a $1,000 reward to help catch the person who killed a Montgomery man in Sylacuaga.

Despite the efforts of Sylacauga police, the Talladega County Sheriff’s Office and Sylacauga Ambulance workers, Stone died at the scene.

Police say Stone was from Sylacauga but had been living in Montgomery at the time of his killing.

If you have any information about this case, call CrimeStoppers at (334) 215-STOP.