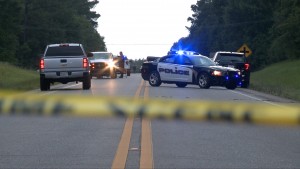 Jackson says the couple — their son, Jamichael Jr — and two of his friends — were driving on the Camden Bypass — when Tolar and Hardley pulled up and open fire on their vehicle.

“These gang members trying to shoot at their son. He was in the car but they hit the couple. The husband lived but the wife died. And these individuals are charged with capital murder and attempted murder,” said Jackson.

Jackson says the suspects were captured in Montgomery with the help of the city’s traffic camera system.

“Reading cars and tags and the make of cars — that’s good technology right now that’s out there that a lot of city’s, including Selma, are starting to do,” Jackson said.

“Montgomery has had this system up for a while. And this helped solve this capital murder and attempted murder case.”

Tolar and Hardley are both being held in the Wilcox County Jail — without bond.