One man is dead — and another man is behind bars — after a shooting in Orrville. 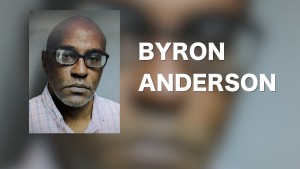 He was arrested for killing 36 year old Frederick Hunter of Orrville Thursday afternoon — in the M&M Grocery Store.

“You could actually see the shell coming out of, the live round coming out. He pulled the gun out. Racked the gun back. You could see that the victim was actually trying to walk away. You know, it’s a life that was taken. And it didn’t bother him at all. He has yet to show any type of remorse or anything for his actions,” Granthum said.

Store clerk Halee Underwood was ringing Hunter up at the register — when the shooting happened.

“He was paying for gas and me and him was talking,” said Underwood. 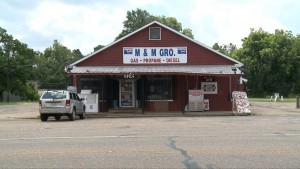 “And the other guy thought he said something to him. Or something about him. And he just yelled out, “Did you say something to me? What did you say about me? You up there talking about me to her?”

Underwood says — that’s when Anderson suddenly pulled out a gun — and started shooting.

“My first thought was just to run and hide. Find somewhere to get,” she said.

“After he was gunned down in cold blood, this subject walked and stepped over the top of the deceased’s body, got in his car and drove off like he just bought a soda,” said Granthum.

Anderson was arrested about an hour after the shooting — at a house on County Road 715.

He was arraigned in a Dallas County courtroom Friday morning. And his bond was set at $1 million dollars.