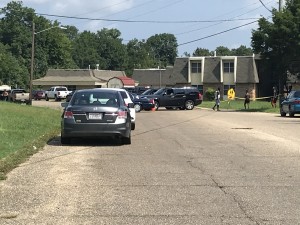 A Selma police officer was killed and a woman injured in what Dallas Co. District Attorney Michael Jackson is calling an ambush shooting.

The shooting happened between 3:30 a.m. and 4 a.m. at the Selma Square Apartments.

Jackson says Selma police officer Marquis Moorer was on duty and went home to eat when he was shot. Jackson says a woman believed to be his wife or girlfriend was wounded. She has not been identified. 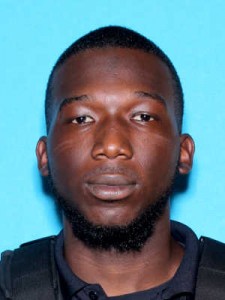 Jackson says Moorer was approached by someone outside and shot. Jackson called Moorer “an upstanding officer who took his job seriously.”

Central Alabama CrimeStoppers has offered a $2,5oo reward for any information that leads to an arrest. At a news conference this morning that aired live on Alabama News Network, Selma Mayor James Perkins would not take questions. He pleaded for anyone with information to call (855) 75-CRIME.

“Once again, one of Alabama’s law enforcement heroes has been tragically struck down. Early this morning, Officer Marquis Moorer was on duty with the Selma Police Department and had stopped by his home for a lunch break when shots were fired from outside. Officer Moorer was killed, and another person inside the residence at Selma Square Apartments was injured and has been hospitalized.

“Every day, officers routinely risk their lives simply by putting on their uniforms and performing their duties to protect their fellow citizens. We must honor them and never take for granted the sacrifices they make on our behalf. I ask you to join me in prayerful gratitude for Officer Moorer as we hold his loved ones in our hearts”.

I extend my prayers for the family of Officer Marquis Moorer. A memo to lower the flag will be distributed to honor this hero as soon as his funeral is announced. @CityofSelma #alpolitics #BackTheBlue

If you have any information regarding the shooting death of Selma Police Officer Marquis Moorer, you are urged to call CrimeStoppers at 334-215-STOP.