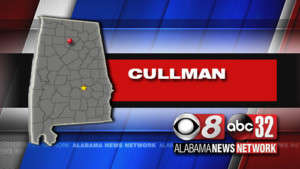 Former President Trump has announced that he will appear at a rally in Cullman later this month.