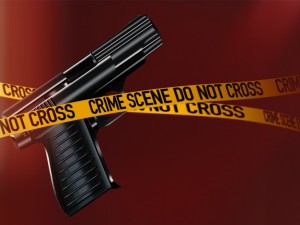 BIRMINGHAM, Ala. (AP) – Police say a FedEx driver has been shot and wounded in an apparent case of road rage on an interstate in downtown Birmingham. The gunfire happened Monday on Interstate 59/20. Birmingham Fire and Rescue Service said the FedEx driver was shot in the leg and taken to UAB Hospital. Officer Truman Fitzgerald says it appears that he and another motorist got into some kind type of road rage confrontation. He said the other driver pulled out a gun and fired, striking the FedEx driver. Police were still searching for the shooter.