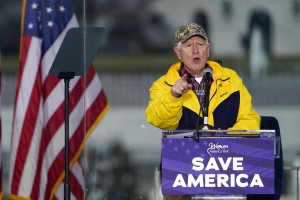 U.S. Rep. Mo Brooks (R-Huntsville) is asking a federal judge to grant him immunity from a lawsuit accusing him of helping to incite violence at the U.S. Capitol.

In a court filing, Brooks argued his speech was about the upcoming congressional certification of the 2020 presidential election results and thus related to his job as a congressman.

Brooks, who’s now running for U.S. Senate and hoping to replace the retiring U.S. Sen. Richard Shelby, has come under fire for telling the pro-Trump crowd, “today is the day American patriots start taking down names and kicking ass.”