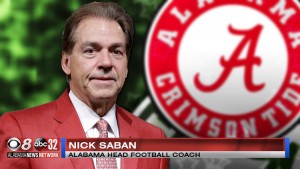 Alabama head football coach Nick Saban has released a statement on the death of Hall of Fame coach Bobby Bowden, who died of pancreatic cancer at the age of 91:

“Bobby Bowden was a wonderful friend whose accomplishments as a coach are only surpassed by the character and class he displayed as a husband, father, mentor and friend.

His passing is a loss for everyone but should be seen as a chance to celebrate a life remarkably well lived. Sometimes it’s not what you do but who you are that is truly important, and no one embodies that more than Bobby Bowden.

His influence on the countless young men he led in over 60 years of coaching can never be measured. His achievements as a coach are well documented and among the greatest the game has ever known, but when I think about coach, it’s about the man he was and the impact he had on everyone he encountered. I probably understood that impact even earlier than the rest of college football.

My father passed away while Coach Bowden was at West Virginia University. Coach didn’t know me from Adam’s house cat, but he knew my dad and got word that maybe my mom was struggling a bit back home in West Virginia.

I pick up the phone one day and it’s Coach Bowden himself. He tells me he knew my dad and said that if I needed to be closer to home, he would make a place for me on his Mountaineer coaching staff. How many coaches would do that? How many people would do that?

For me, that story is the personification of the true character of Bobby Bowden. Our thoughts and prayers are with his wife Ann and children Terry, Tommy, Jeff, Ginger, Steve and Robyn.”

Rest In Peace to a Legend. pic.twitter.com/Iysy2hXtrj

Rutgers looks to knock off No. 1 Purdue