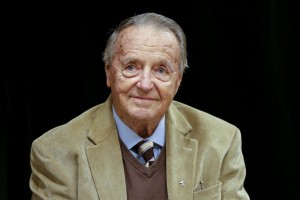 Hall of Fame college football coach Bobby Bowden has died after a battle with pancreatic cancer. He was 91.

Bowden led Florida State to two national championships and a record of 315-98-4 during his 34 seasons with the Seminoles. In all, Bowden had 377 wins during his 40 years in major college coaching.

His teams won national titles in 1993 and 1999 and came close several other times. He was selected for the College Football Hall of Fame in 2006.

Bowden was a native of Birmingham, and played football at Alabama and Howard College (now Samford University.) He was head coach at West Virginia before leaving for Florida State, where he coached from 1976-2009, making that program a national powerhouse.

Clemson coach Dabo Swinney called Bobby Bowden a “model” that other college coaches should follow saying he never lost sight of being a man of faith, a great husband and father. Jacksonville Jaguars coach Urban Meyer called him a “legend.”

Bowden was hospitalized last October after he tested positive for COVID-19. The test came a few days after returning home from a lengthy hospital stay for an infection in his leg.

When news of his terminal diagnosis was made last month, Bowden said he was at peace and was prepared for what was to come.

Two of his sons have also been head football coaches — Terry Bowden at Auburn and Tommy Bowden at Clemson.