The bi-partisan infrastructure bill making its way through Congress — could bring a long-awaited interstate through the Selma area.

People in Selma are excited about what an interstate would mean for the area.

“It will be an economic boom. Without a doubt,” said Dallas County resident Timfreit Drane. 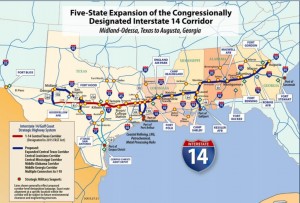 People in Selma are eager for a new — five state highway that runs from Georgia — through central Alabama — to Midland-Odessa, Texas to become reality.

The project would bring I-14 right through the Queen City.

“I think it would be great that it’s coming through Selma and going all the way into the Black Belt,” said Valley Grande resident Ronald Brown.

“Traffic will stop in Selma or Demopolis or Cuba area and stop and get a bite to eat, or just stop and do some shopping. Good for the economy of all those municipalities.”

“It could bring businesses and people through the town that would be good,” said Selma resident Anna Ralston.

“But hopefully it could also maintain the integrity of the city as well.”

The city of Selma is the fastest shrinking city in the state of Alabama.

According to statistics — the city’s population has decreased by 17 percent since 2010. That was the highest percentage loss in the state — among cities with a population of 10,000 or more.

Rosa West of Selma — says the I-14 project — could help turn that trend around.

“If you bring it here, the interstate. You can keep your young people here instead of leaving town,” said Selma resident Rosa West.

“The seniors are here, but we want to keep the youngsters here too. But if you don’t have nothing to hold them here. They’re not gon’ stay here. So that’s my thought on it.”

People say in addition to providing a huge economic boost — and bringing more jobs to the area — the interstate will also make the city a more attractive site for a new industry to locate.

John Thompson, the chairman of the I-14 Gulf Coast Strategic Highway Coalition said — “It appears the momentum is in place to get the infrastructure bill passed — and signed by the president.”