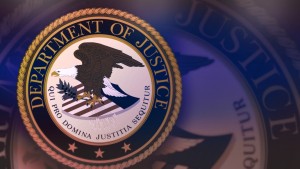 Walter James, III of Montgomery, who was the assistant principal at Jefferson Davis High School, has been sentenced after pleading guilty to wire fraud.

James has been sentenced to five years in prison, according to a statement from Acting U.S. Attorney Sandra J. Stewart, FBI Special Agent in Charge James Jewell and Alabama Attorney General Steve Marshall.

Following James’ prison sentence, he will serve three years of supervised release. There is no parole in the federal system.

James was also ordered to pay restitution in the amount of $314,867.55 to Montgomery Public Schools for the monetary losses his scheme cost the system.

According to court documents and testimony, James held himself out to be the owner of a consulting company, “ED-ONE Professional Development Services,” while he was employed by MPS. He then worked in partnership with others at his high school and the MPS central office to submit fraudulent invoices for consulting or professional development services.

Court records say the invoices listed vague descriptions of the types of services that had been supposedly provided. For  example, the invoices would include descriptions such as “books & materials,” “consulting,” or “three-day workshop.” In reality, James did not provide any professional development services or products of any kind to MPS, nor did any of the purported consulting companies on the corresponding invoices that James submitted for payment.

During the sentencing hearing Tuesday, the court determined that the scheme, which occurred from August 2016 to April 2019, created a loss of $314,867.55 to MPS. James was ordered to pay restitution in that amount to MPS.

— Information from the U.S. Attorney’s Office for the Middle District of Alabama

Fetus Found in Wastewater at Treatment Plant in Mobile