Selma police officers will soon be getting an significant pay raise — along with an upgraded benefit package.

A new Selma Police Department pay scale — passed by the city council Tuesday — will make Selma police officers — among the highest paid in the state. 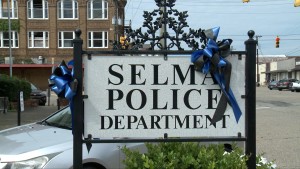 “Now an officer walking off the street in the door will start off at $40,000 dollars a year,” said Chief Kenta Fulford.

“And they deserve that. Because these men and women put their lives on the line every day for all of us. And so yes, we are starting the lowest starts at 40K. And then based off of other things, years of experience and other things, they’ll go higher and higher,” said Council President Billy Young.

Travion Hodge is one of three new police academy graduates — set to join the force. 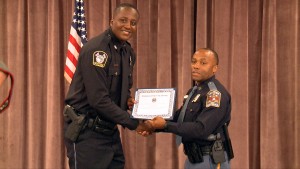 He says although the city is dealing with an increase in violent crime this year. And continues to mourn the loss of fallen officer Marquis Moorer — he’s prepared and ready to serve.

“It’s dangerous, but somebody has to do it,” Hodge said.

“And you have to have a love for this job, you have to be a man of action and that’s what I plan on doing.”

Fulford says the department is now about halfway to it’s goal of having 65 officers. A goal he says is a lot more attainable now — due to the new pay scale.

“This vote to secure a pay plan for our police officers was a vote for Selma’s future,” said Young.

“We’re turning the corner right now. We’re doing good things like making sure that we take care of those that protect and serve. We need to take care of them.”

The new pay plan goes into affect October 1st — at the beginning of the new fiscal year.