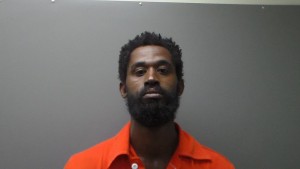 Troy police say a Montgomery man has been charged in a shooting death that happened Saturday.

Police say at around 11:44 p.m. on Saturday August 14, they were called to the 100 block of Hubbard Street. That’s where they found Hodges dead of a gunshot wound.

Sankey was taken into custody in Troy without incident and taken to the Pike County Jail on a $250,000 bond.