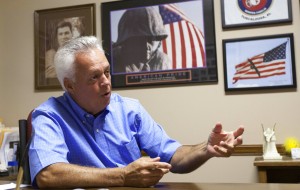 The father of the first America service member killed in Afghanistan says the abrupt U.S. withdrawal from the country is shameful.

Mike Spann, a CIA paramilitary officer from Alabama, was killed Nov. 25, 2001, during a prisoner uprising at a facility where he had been questioning extremists.

His father, Johnny Spann of Winfield, said the chaotic images from Afghanistan were disheartening and shameful. Spann said he is not opposed to Americans leaving Afghanistan but disagrees with the timing and how it was done.

He said he worries what will happen to the people in the country who helped Americans like his son.