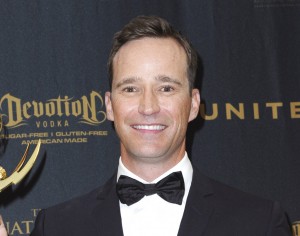 Producer Mike Richards stepped down as the upcoming permanent host of “Jeopardy!” after a report about past misogynistic comments surfaced this week.

Richards was chosen last week as the successor to Alex Trebek, but his selection was seen as divisive from the beginning after the show embarked on a broad search that included actors, sports figures, journalists and celebrities.

Earlier this week, a report on the website The Ringer revealed demeaning comments about women that Richards had made on a podcast. The clips were removed online after the report was posted.

Richards says in a note to the “Jeopardy!” staff on Friday that moving forward would be too much of a “distraction for our fans.”

Episodes with Richards as host were scheduled to start airing September 13. When he was announced as host of the daily version of the show, Mayim Bialik was named as host of primetime “Jeopardy!”series and new spinoffs, including the upcoming “Jeopardy! National College Championship” that will air on ABC 32 next year.

Longtime “Jeopardy!” host Alex Trebek died in November after battling pancreatic cancer for nearly two years. He was 80. After original episodes with Trebek aired, the show has used a series of temporary hosts while the search was conducted. Guests hosts are expected to continue to be used as the search for a permanent host starts over.

The show can be seen on CBS 8 weekday afternoons at 4:30.