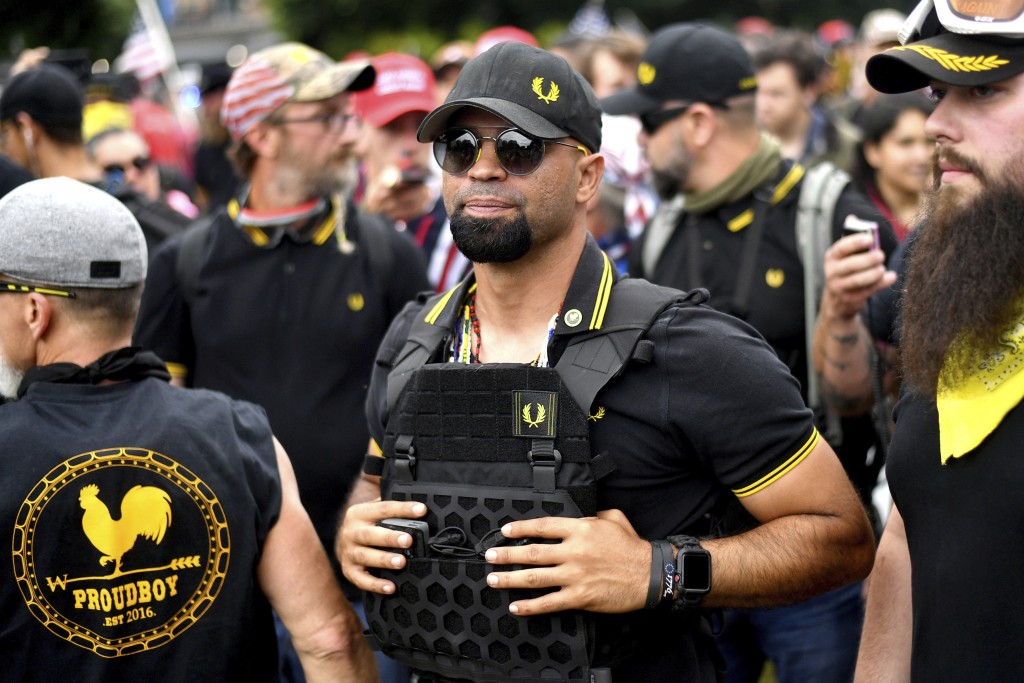 The leader of the Proud Boys extremist group, Enrique Tarrio, has been sentenced to five months in jail.

Tarrio was convicted of burning a Black Lives Matter banner that was torn down from a historic Black church in downtown Washington and for bringing two high-capacity firearm magazines into the nation’s capital two days before the Jan. 6 riot.

Thousands of supporters of then-President Donald Trump descended on the U.S. Capitol and disrupted the certification of the Electoral College vote.

Tarrio pleaded guilty last month. Several leaders and members of the Proud Boys are facing charges in the Jan. 6 riot.