Herschel Walker Files Paperwork to Run as Republican for U.S. Senate in Georgia 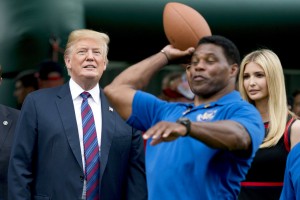 Georgia football legend Herschel Walker has filed paperwork to enter the U.S. Senate race in Georgia after months of speculation.

The 59-year-old won a Heisman Trophy in 1982 when he was a University of Georgia running back. He also carries the backing of former President Donald Trump.

Walker has been living in Texas and is making his first run for office. Trump’s support will be key in a GOP primary, but could be a liability in a general election in closely divided Georgia.