Shooting in Millbrook Leaves One Man Dead, Another in Critical Condition 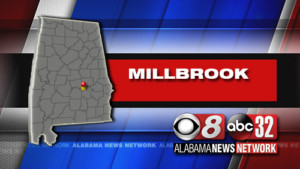 Millbrook police are investigating a shooting that left one man dead and another in critical condition. Police are searching for a third person who is on the run.

Police say at about 5 p.m. Monday, they were called to the 4500 block of Lakeshore Drive. That’s where they say they found two men had been shot.

Officers say 28-year-old Raven Young was pronounced dead at the scene. The other man, a 21-year-old from Georgia, was taken to a hospital where he is listed in critical condition.

Police say a third male ran into the woods near railroad tracks and hasn’t been found. Police say the Alabama Department of Corrections K-9 Unit was called out to help in the search.

Officers have identified that individual.

“We’re not in a position to release any significant information with regard to this case, as we are in the very preliminary stages at this time. Our investigators have collected a substantial amount of physical evidence at the scene. What we do know is that there was some type of altercation between the individuals involved, which quickly escalated to shots being fired by several persons,” Millbrook Police Chief P.K. Johnson said.

“We know that there is an additional party that was present at the scene, prior to and during the incident, that is unaccounted for at this time. That person witnessed this chain of events, as it unfolded. That individual can give our investigators a firsthand account of what actually transpired during this incident, which ultimately led to a young man being fatally shot and another young man critically wounded. We need this individual to come forward and speak with our investigators, so that we can get to the bottom of what happened,” he said.