ADPH Warns Against Using Ivermectin to Self-Medicate Against COVID-19 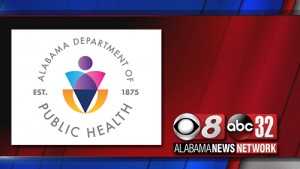 The Alabama Department of Public Health is joining the U.S. Food and Drug Administration and other health agencies in warning people not to use the drug ivermectin to treat or prevent COVID-19.

ADPH says it has sent a health alert message to healthcare providers requesting reporting and cautioning them about the many side effects and serious harm caused when people take this medication for unapproved use.

ADPH says ivermectin is not an anti-viral drug and is approved for humans only at specific doses for specific conditions. An FDA consumer alert explained that ivermectin is often used in the U.S. to treat or prevent parasites in animals. The agency has received multiple reports of patients who have required medical support and have been hospitalized after taking high doses of ivermectin which can be highly toxic in humans. Side effects occur, and drug interactions are common.

Two forms of ivermectin are available for human use, tablets to treat parasitic worms and a topical to treat head lice and skin conditions such as rosacea. The FDA has advised against human use of ivermectin produced for animals such as cows and horses as the doses are much higher and could contain ingredients intended only for animals and are thus harmful to humans. .

Noted interactions occur with common medications which include but are not limited to allergy medicines, antibiotics, anticonvulsants, antidepressants, benzodiazepines, some anti-hypertensive medications, blood thinners and many others.
Common side effects for ivermectin include itching and hives, dizziness, headache, nausea, diarrhea and muscle pain. More serious adverse reactions associated with toxicity and possible ivermectin poisoning documented in clinical literature include loss of consciousness, drowsiness, tremor, seizure, hypotension (low blood pressure), vomiting and coma.

Ivermectin has not been given emergency use authorization by the FDA to prevent or treat COVID-19.

Anyone who has taken ivermectin and has signs and symptoms consistent with side effects, adverse reactions or toxicity/poisoning is advised to call the Alabama Poison Information Center at 1-800-222-1222.

— Information from the Alabama Department of Public Health

COVID-19 Booster Drive is Faltering in the U.S.