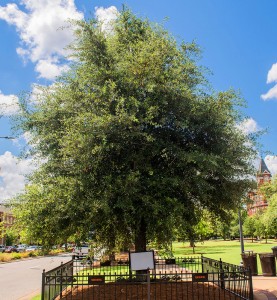 Auburn University officials are asking fans to hold off for another year on rolling the Auburn Oaks and descendants along Samford Park.

While the trees recently received a positive report showing strong establishment, including root and shoot growth, holding back another year further increases the likelihood of full establishment, Auburn University Arborist Alex Hedgepath said in a statement.

“The trees have made excellent progress in the growing season of 2021,” Hedgepath said. “Since then, the trees have pushed new growth with no additional signs of stress. We will be initiating soil enhancement projects to encourage even more root growth in the coming months.”

The original Auburn Oaks planted between 1937 and 1939 were removed from the corner in April 2013 after being poisoned in 2010. A duo of new live oaks was planted in February 2015, but one of the trees was lit on fire following rolling being allowed for fall 2016. Both trees were damaged and removed. 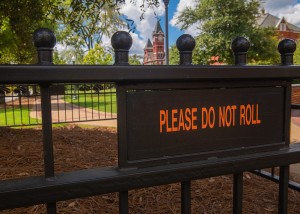 Fans have traditionally rolled the trees with toilet paper after athletic victories. Instead of rolling the two Auburn Oaks and descendant trees, fans are encouraged to celebrate victories by rolling two large southern magnolia trees and a white oak in front of Biggin Hall near Toomer’s Corner.

“While we all would like to get back to the traditional rolling of the two Auburn live oaks located on the corner, our position and decisions reflect what is best for the trees,” said Justin Sutton, director of Landscape Services. “The long-term establishment, overall health and projected long life of these new trees is our goal.”

The university is being protective of trees, Sutton said, to make sure the Auburn tradition is made possible for generations of students.

“We appreciate the Auburn Family’s dedication to this same goal,” Sutton said, “and helping us through these growing pains by not rolling the live oak trees, which in time will allow us to bring this cherished tradition back to the corner.”