A Selma woman says the living conditions in her apartment — has her concerned about the health and safety of her family.

Tarps are on the roof of the building where Kelly Carter lives — in the Woodrow East Subdivision Apartments.

She says the roof needs to be fixed. Because when it rains — it pours — right into her apartment. 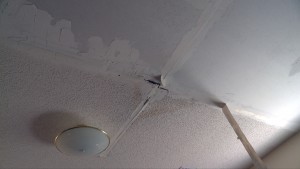 “Who wants to deal with every time it rains, it’s pouring down raining in their apartment? And it’s flooding the floor. Water is just everywhere,” said Carter.

“Who wanna deal with that all the time? Who wanna continue to go through that. I mean, I don’t. I mean, I’m really just sick and tired of it.”

Carter says she’s been dealing with the situation — since Hurricane Zeta tore through the area — back in November.

She says it’s a problem that’s been allowed to linger on — for far too long.

However, Carter says her biggest concern — is for the health and safety — of her and her two children.

“It’s mold built up, mildew. It can cause issues with your respiratory system. I don’t want it to affect my health,” Carter said.

“My daughter has asthma. My son, he’s been sick. I had to take him to the doctor. It’s not healthy.”

Carter says she’s been a tenant at the Woodrow East Subdivision Apartments — for 10 years.

Alabama News Network reached out to the CEO of the Woodrow East property — but he declined the opportunity to talk with us on camera.

Categories: News, On Your Side, West Alabama