A Dallas County grand jury has indicted the mayor of the town of Orrville on ethics charges. 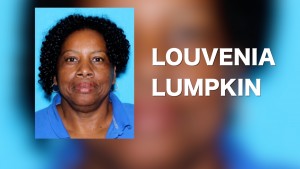 “It’s an unfortunate situation, but nobody is above the law,” said Jackson.

Jackson says the charges are the result of findings from an investigation — that began after a complaint was filed with the ethics commission.

“Some of the utilities, I think, were close to $2000 dollars — and property taxes were several hundred dollars. And so, you can’t use taxpayers’ money to hook up your family member.

Lumpkin issued a statement on the matter — which reads in part: 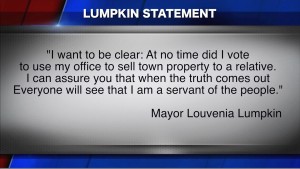 “I want to be clear: At no time did I vote or use my office to sell town property to a relative. This was a council decision separate and apart from me. The town used a real estate agent and a real estate attorney to handle this transaction. I can assure you that when the truth comes out everyone will see that I am a servant of the people and will continue to do right by the people of Orrville.”

Lumpkin will be arraigned on the charge in the next few months.

“Being district attorney, I can’t make exceptions for folks. If you break the law you gotta pay the price,” Jackson said.

Jackson says use of a public office for personal gain is a Class-B felony.

Orrville is a town of about 200 people — governed by a mayor and a five-person council.