Bail bonds for repeat offenders — has been an ongoing controversy in Dallas County for years.

It’s a problem a new bail reform law — could improve.

Aniah’s Law is a proposed constitutional amendment that would allow judges to deny bonds for people suspected of committing violent felonies like murder, rape or kidnapping. 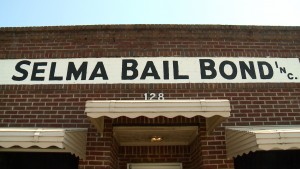 “There are a lot of state’s that have this law where the judge can deny bail on a non-capital offense,” said District Attorney Michael Jackson. “So this is nothing new except it’s new in Alabama.”

Jackson is known for requesting high bonds — to keep violent criminal suspects off the street.

“If they’re a violent person and a flight risk too. You don’t want them to have a bond,” he said.

Mills says his company does an investigation — before it ever writes a bond.

“Find out if there’s anything going on that raises my suspicion. And if it is, then I start talking with the individual. Start questioning them. And if they can come up with something that I believe, we’ll bail them out. If they uhh, I feel like that they’re lying to me or they’re not being truthful, then basically we just kind of pass it off. We just won’t get involved in it,” said Mills.

Nineteen year old Auburn University student Aniah Blanchard of Homewood — was abducted and murdered back in 2019.

The man charged with the crimes — was out on bond for kidnapping and attempted murder at the time.

“Nobody wants these violent offenders just running around the street,” said Jackson.

“These gunslingers need to stay locked up when they commit violent offenses.”