A million dollars in grants from the National Park Service — is awarded to the Lincolnite Club in Marion  to rehabilitate the old gymnasium at the historic Lincoln School. 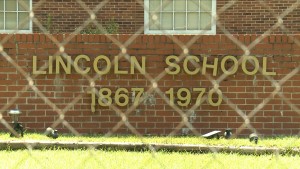 The Lincoln School was founded just after the end of the Civil War in 1867 by nine former slaves. It closed 103 years later — in 1970.

“It was very painful of course to see the gym and the campus deteriorate,” said Robert Turner, Sr.

Students at the Lincoln School were very active — in the voting rights movement of the 1960’s.

Marion attorney Robert Turner, Senior — is a graduate of the Lincoln School — Class of 1964.

He was the starting point guard on Lincoln’s varsity basketball team.

“It was a state of the art gym. Just the size itself, it could seat 1500. It had bleachers on both sides. Bathrooms, score boards, concession stands,” said Turner. 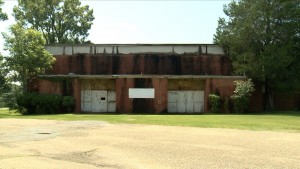 Turner says the grants will help restore the old gym — to it’s former glory. And once complete — it’ll be used as a multi-purpose community center.

“We’re currently working on phase one. And we’re just at the beginning of replacing the roof,” he said.

“Phase two will pick up the windows replacement, the mechanical systems as well as look at the steel super structures.”

The grants were awarded to preserve historic places in Alabama related to Civil Rights — and the African American struggle for equality.

Alabama State University in Montgomery — grew out of the Lincoln School.

For more information about the project or the school — go to www.lincolniteclub.net.