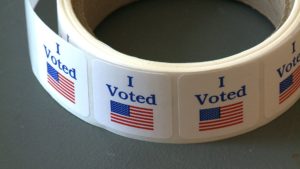 Voters in Alabama House District 78 will elect a new state representative on Tuesday.

The district covers a big part of Montgomery. Democratic candidate Kenyatte Hassell and Republican Loretta Grant are the candidates on the ballot. Hassell won a runoff in June to advance to the general election.

Voter turnout for the runoff was estimated at 3.91% by the Alabama Secretary of State’s Office.