There’s been a change in leadership at the police departments in the Perry County cities of Marion and Uniontown.

It’s the second time around — leading the Marion Police Department for Chief Tony Bufford. He also served as the city’s top cop — from 2001 to 2010.

Now 11 years later — city leaders have brought him back. 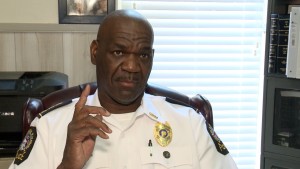 “Our primary goal is to make Marion safe. I want to make it safe and conducive to family living. We going to take care of the speeders, folks with no tags, folks throwing paper out,” said Bufford.

Bufford says he’s in the process of adding four new officers to the department — to help get the job done.

“I can’t tell you what a criminal won’t do. But I can tell you if he do it, what’s gon’ come behind it. There’s consequences and repercussions for your actions.”

In addition, the city of Uniontown has a new chief leading it’s police force — as well. 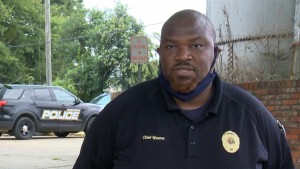 “They want me to basically help solve crimes that’s going on in Uniontown. Be proactive, a lot of community engagement and involvement which I’m, that’s my specialty,” said Weems.

Weems says his department will be one that protects — serves — and relies on the community.

“Policing is about working together. It’s not just one person doing the job. It’s about us doing the collective effort to stop crime as well as make a better city for the city of Uniontown,” he said.