Troy Man Charged with Shooting into an Occupied Vehicle 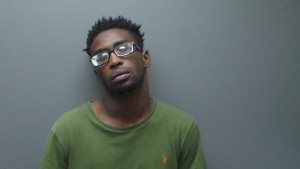 Troy police say they have arrested a man on the charge of firing a gun into an occupied vehicle.

They say shortly after 12:30 p.m. today, officers responded to a report of shots fired in the area of University Avenue and Park Street. They say Pike County deputies were in the area and saw a male running. Deputies caught up to and detained Stanford.

Police say it was determined that Stanford was the suspected shooter, and a gun was recovered from the scene. The victim was located, and it was discovered that her vehicle had been shot into.

Police say Stanford was out on bond on three felony charges that he was arrested on in March. They say Stanford had been charged with two counts of theft and one count breaking into a motor vehicle.