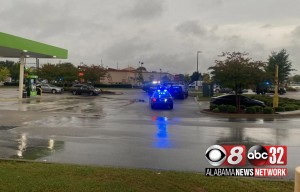 Montgomery police are investigating a fatal shooting that happened Wednesday afternoon in the 8000 block of Vaughn Road.

Capt. Saba Coleman tells Alabama News Network that police were called out at about 5:30 p.m. On the scene, they found a man had been shot and killed. His name hasn’t been released.

The scene is on the northern side of Vaughn Road near Dunkin and the Walmart Neighborhood Market. Police were not specific on where the body was found.

Coleman says there have been no arrests, and there is no other information available.