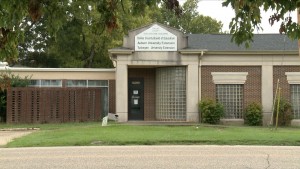 Video from home security cameras in the area have been sent to forensics for enhancement.

“This house was specifically targeted. It’s a close-knit neighborhood. Houses are fairly close and this is the only house that was, that took on gunfire,” said Granthum.

Shelton and her family were inside the house at the time of the shooting — but no one was hurt. Shelton’s husband is also a high-ranking school official. Allen Shelton — is the transportation director for the school district.

“We don’t know if they were a target because of their job, their position. We hope not. But the way society is and the way that school’s going now, you know who’s to say they didn’t make a student mad or what have you, or even a parent mad and it’s some type of retaliatory thing,” said Granthum.

“This house was targeted for a reason. And we’re going to find out who did it and what the reason was.”

People with information can also call Crime Stoppers at 215-STOP. Your anonymous tip — could lead to $1000 dollar reward.