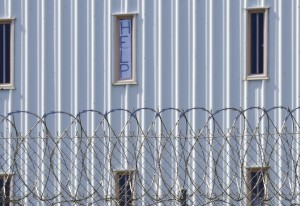 FILE – In this Oct. 22, 2019, file photo, a sign reads, “HELP,” in the window of an inmate cell seen during a tour by state officials at Holman Correctional Facility in Atmore, Ala. (AP Photo/Kim Chandler, File)

But critics argue the problems go much deeper and won’t be remedied with brick, mortar and bars.

Some legislative leaders say the plan has widespread support and will likely pass next week.

Some lawmakers and advocacy groups say the state should instead address sentencing reform, parole changes and staffing problems.