“At this time the exact motive is unknown.”

Police say Stiles was a passenger in a vehicle traveling here on the 900 block of King Street when someone stepped into the street and opened fire on the vehicle. 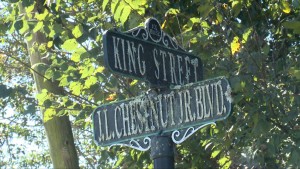 “And he received a fatal injury during this incident,” said Blanks.

People in Selma are upset about the amount of violence in their community. And about a murder rate — that continues to climb.

“This is not Afghanistan, Vietnam, the Gulf Wars,” said Berry.

Nettie Bailey’s postal route runs right through where the shooting happened.
Bailey says she’s concerned for her safety — and everyone else’s.

No arrests have been made in this case.

Anyone with information that could help investigators — call Crime Stoppers at 215-STOP.