Wade was removed from the job by Melton during his tenure — and reinstated by the city council — on three separate occasions.

“It was just one of the biggest messes,” said Wade’s attorney Julian McPhillips.

Wade says Melton terrorized — and bullied her — over a period of three to four years.

“And she was subject to what we call a sham investigation,” said McPhillips. 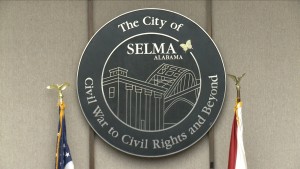 “And the mayor himself wore a gun and would make attempts to intimidate me — brandishing his weapon that he wore inside of his jacket,” Wade said.

“There were times where he actually followed me around the city after work.”

“There was a point when I contemplated suicide,” she said.

“Because, it was very hectic for me. I was isolated and alone.”

The case finally came to an end Wednesday in federal court in Selma.

“Because it’ll send a message out to all these mayors across the state, you better be careful how you treat the people under you.”