Heavy Rain and Flash Flooding Possible the Next Several Days

An upper-level trough has developed over the Southeast, and with Central Alabama on the east side of the trough, plenty of moisture will be flowing up into the area from the south. This will keep our weather wet and unsettled for the next several days with scattered to numerous showers and storms rather on a daily basis through Wednesday. Expect more clouds than sun with periods of rain and highs in the upper 70s to lower 80s.

Precipitable water values are very highs for this time of year which means the possibility of heavy rainfall leading to flash flooding is a concern and it why the National Weather Service has issued a Flash Flood Watch for most of Central and South Alabama. Rainfall totals through midweek could be in the 2-4 inch range, with isolated higher amounts. 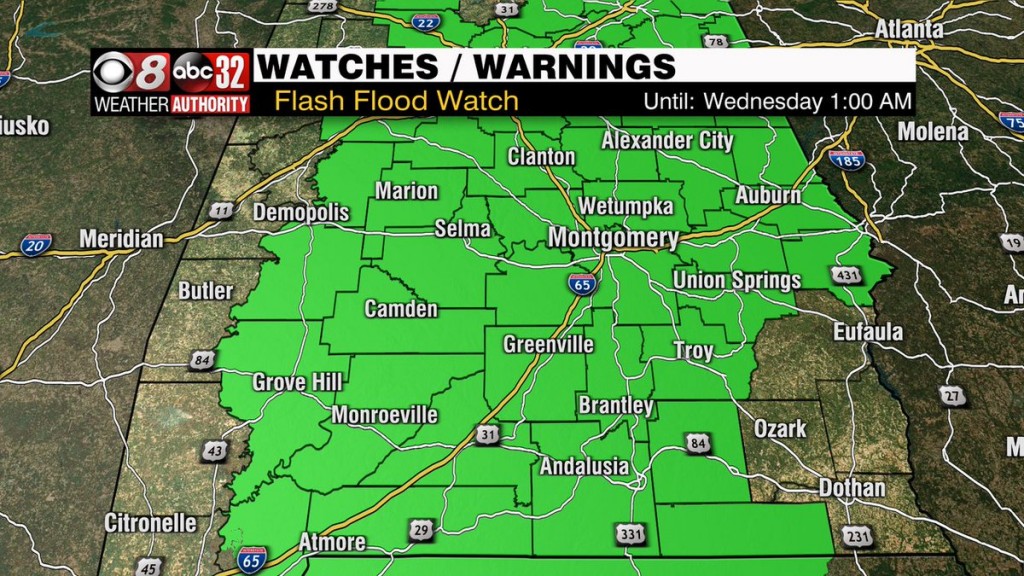 BEYOND MIDWEEK: Once we make it to Thursday, the trough will begin to lift out of the area and move northward. This will push the rain activity out of the area on Thursday and will allow nice and dry weather to move into the area on Friday. Thursday’s highs will be in the mid 70s to the lower 80s, then reaching the upper 70s to the lower 80s on Friday. Sunny and dry weather will return for the weekend as highs both days will be in the low 80s, while lows remain in the soothing 60s. 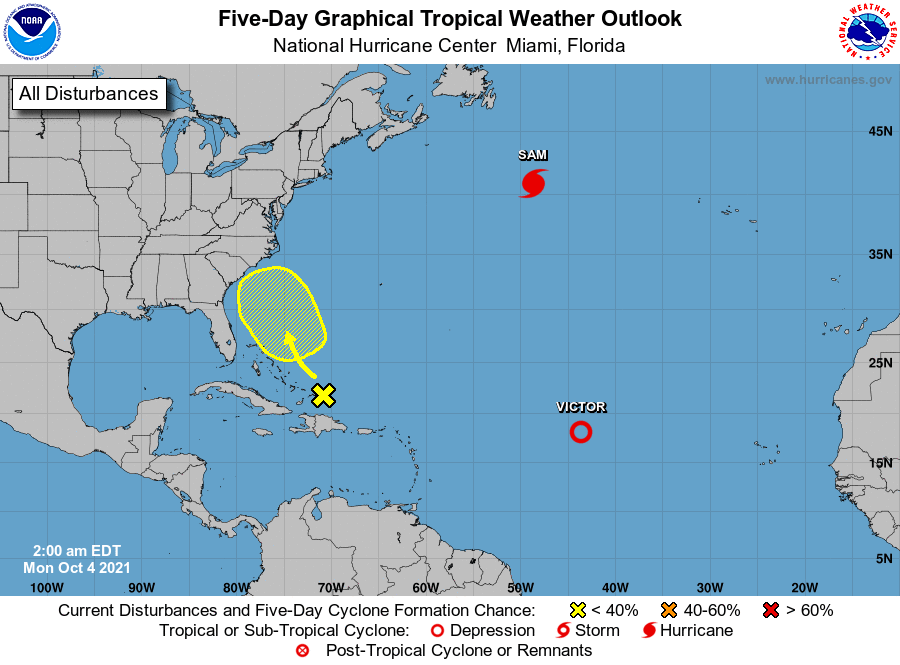 1. A large area of disorganized cloudiness and showers continues over the southeastern Bahamas and adjacent southwestern Atlantic waters in association with a surface trough. Upper-level winds are not expected to be especially conducive, and any development of this system should be slow to occur while it moves slowly
northwestward through late this weekend. Formation chance through 5 days…low…20 percent.

HURRICANE SAM: The center of Hurricane Sam was located near latitude 40.8 North, longitude 48.7 West. Sam is moving toward the northeast near 30 mph. A northeastward motion at a faster forward speed is expected over the next couple of days. The cyclone is forecast to slow down over the far north Atlantic southwest of Iceland around midweek. 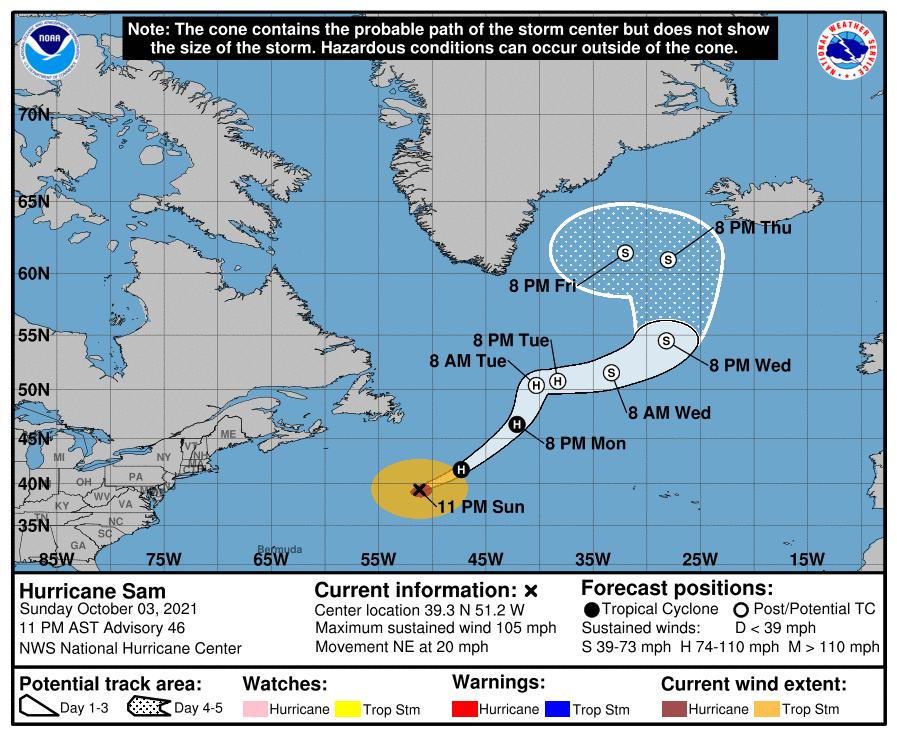 Maximum sustained winds remain near 105 mph with higher gusts. Gradual weakening is forecast during the next few days, and Sam is expected to transition into a powerful post-tropical cyclone by early Tuesday. Sam is a large hurricane. Hurricane-force winds extend outward up to 70 miles from the center and tropical-storm-force winds extend outward up to 255 miles. The estimated minimum central pressure is 957 mb (28.26 inches).

VICTOR: The center of Tropical Depression Victor was located near latitude 18.1 North, longitude 43.6 West. The depression is moving toward the west-northwest near 14 mph and this general motion is expected to continued through today. Maximum sustained winds have decreased near 30 mph with higher gusts. Further weakening is forecast, and Victor is expected to become a remnant low later today and dissipate by Tuesday. The estimated minimum central pressure is 1009 mb (29.80 inches).

Freezing Morning Temps, but Much Warmer this Afternoon