Dallas County District Judge Bob Armstrong is retiring this month after serving 17 years on the bench.

“To serve as District Judge for Dallas County has been the honor of my life,” he said.

The drop in juvenile crime during his time on the bench — is one of the things Armstrong — says he’s most proud of.

“But I can’t take credit for all of it. There’s so many people that added, that contributed to that success.”

Armstrong says when he was elected back in 2005 — juvenile crime was out of control in the county. So, he took a two pronged approach to the bench — in order to deal with the problem. 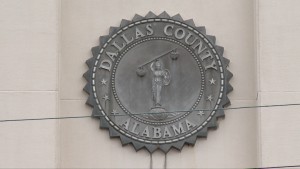 “There had to be some consequences and punishment that was appropriate for the behavior that was wrong,” Armstrong said.

“But there also needed to be a system of services that would help deal with root causes of problems.”

And over the years — Armstrong has been instrumental in putting a system of services in place in Dallas County.

And they’re all located — under one roof — at Arsenal Place in downtown Selma.

“Right now, we span ten programs. We attack workforce development. Essentially all of our programs offer opportunities for people in the community. And also opportunities for the court system to have alternatives to juvenile detention,” he said.

“We’ve got job programs, juvenile diversion programs, drug programs, we’ve got a counselor there, a therapist. I think the juvenile system that we have now is the model for the state,” said Armstrong.

Armstrong’s last day on the bench is — October 17th.