Flash Flooding Continues to Be a Concern Today

The upper-level trough continues to sit to our west and with Central Alabama on the east side of the trough, this will keep our weather wet and unsettled again today, tonight, and tomorrow with numerous showers and storms. Expect more clouds than sun with periods of rain and highs in the upper 70s.

Periods of heavy rainfall could lead to flash flooding and almost all of Alabama in under a Flash Flood Watch until at least Wednesday morning. Rainfall totals through midweek will be in the 1-3 inch range, with isolated higher amounts. 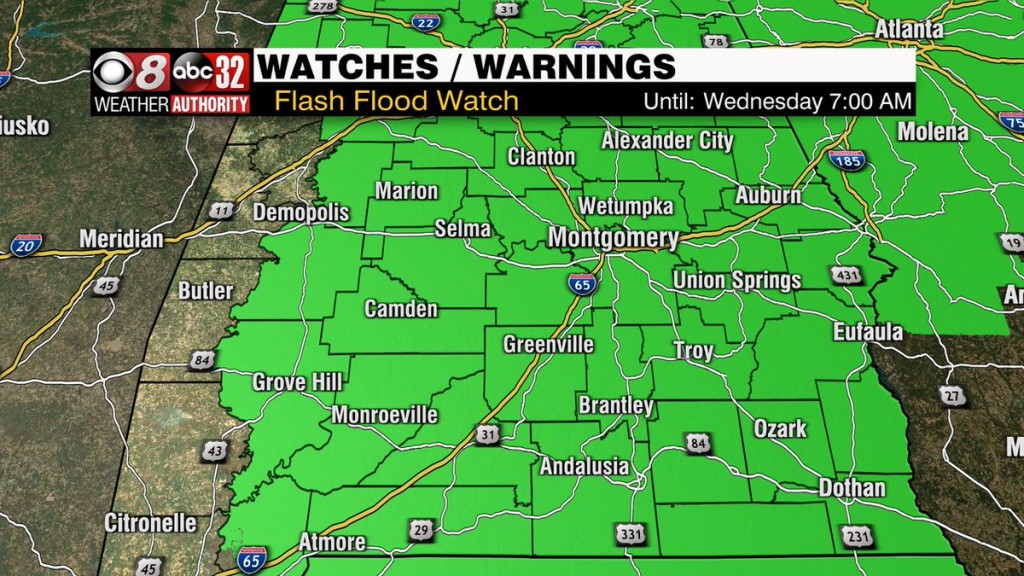 We could also see a few stronger storms this afternoon across West Alabama with gusty winds and hail due to the colder air aloft. 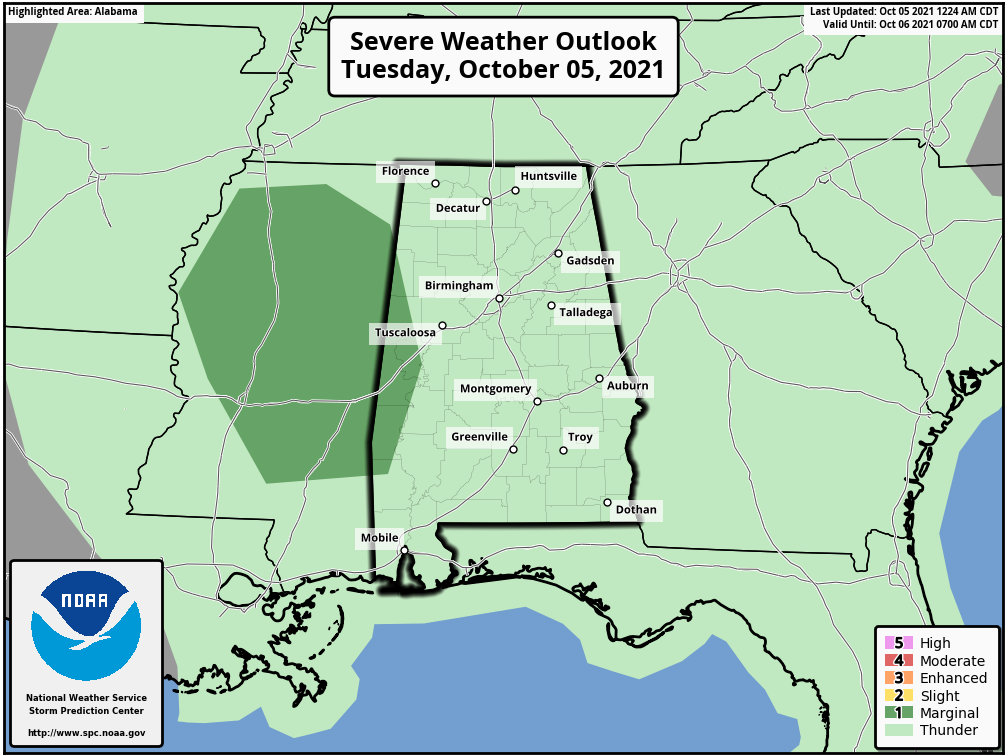 BEYOND MIDWEEK: On Thursday, the trough will begin to lift out of the area and showers will begin to thin out with drier air returning to the state by Friday. Thursday’s highs will be in the low 80s with a mix of sun and clouds, with lower to mid 80s with ample sunshine Friday.

WARM, NICE WEEKEND: THE ALABAMA WEEKEND: Dry weather will continue this weekend with tons of sunshine both Saturday and Sunday. Highs both days will feature highs in the mid 80s, with lows in the low to mid 60s. These highs and lows are pretty close to seasonal averages for early October in Alabama.

IN THE TROPICS: The National Hurricane Center is issuing advisories on Hurricane Sam located over the far North Atlantic several hundred miles to the east of Newfoundland, but it is no threat to the U.S. 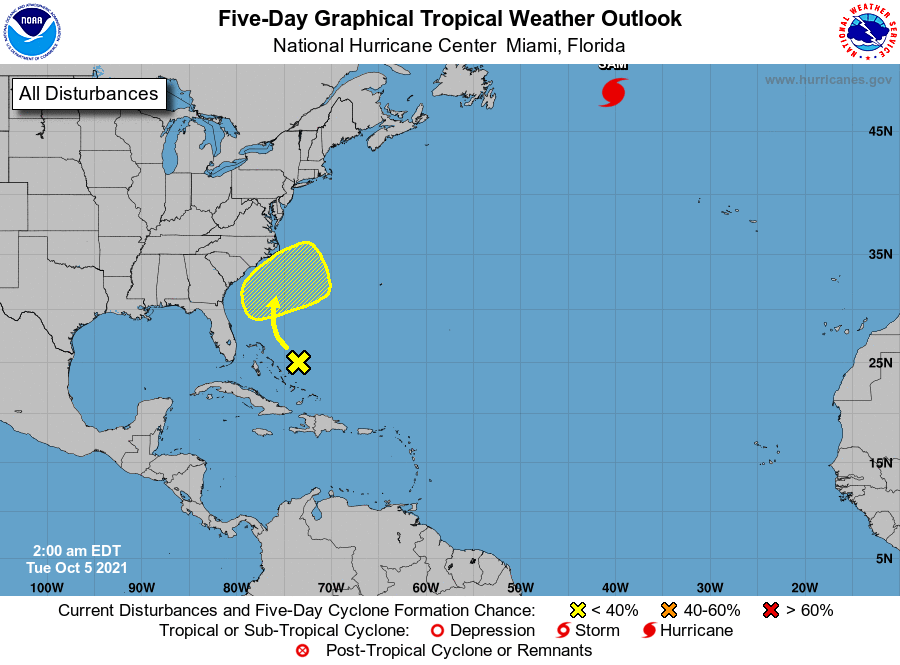 Elsewhere, a large area of disorganized showers and thunderstorms continues over the southeastern Bahamas and adjacent southwestern Atlantic waters in association with a surface trough. Upper-level winds are not expected to be favorable for significant tropical development of this system while it moves slowly northwestward over the next several days. By this weekend, the system is forecast to interact with a front near the coast of the southeastern United States. Formation chance through 5 days…low…10 percent.