A sworn statement by a federal agent says the woman suspected of setting fires inside First Baptist Church in Montgomery showed up at services before the fire. It says she raised suspicions with odd actions and a comment about the “rich white men” who had led the congregation.

According to federal court documents, church security obtained a license plate number that was matched to 27-year-old Xiaoquin Yan. The Chinese national who lives in Auburn was arrested this week in fires that did $25,000 in damage to the building.

The U.S. Attorney’s Office has announced that Xiaoqin Yan has been charged by criminal complaint in the U.S. District Court for the Middle District of Alabama following allegations that she set multiple fires inside the church on September 30. 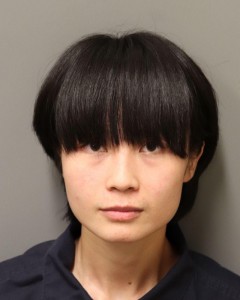 If convicted, Yan is facing a prison sentence of not less than five years and not more than 20 years. There is no parole in the federal system.

Judge Gaines also ruled that she should be evaluated and receive treatment, if necessary, for possible mental health concerns while incarcerated.

She is charged with second-degree arson. Court records indicated she used an open flame to ignite an ignitable liquid and caused damage to the historic church, which is the home church of Gov. Kay Ivey.